What Is Hemorrhoid Banding and How Does It Work?

HomeBlogHealthcare TipsWhat Is Hemorrhoid Banding and How Does It Work? 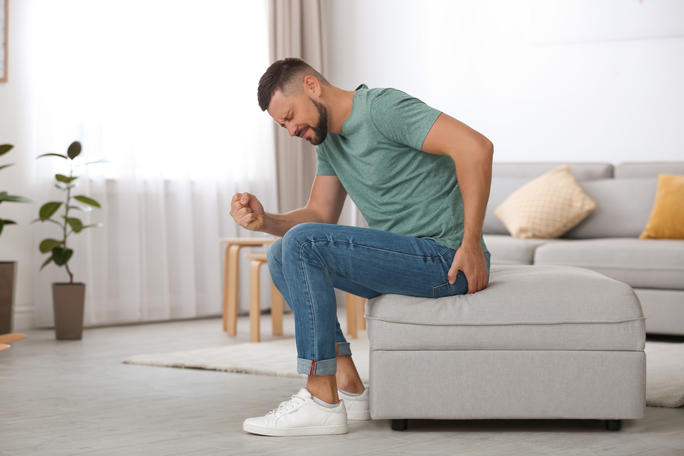 What Is Hemorrhoid Banding and How Does It Work?

A large number of patients will most likely have hemorrhoids at some point during their life. Though the primary reason for hemorrhoids might not be known, risk factors surrounding the condition include being pregnant, being overweight, recurrent straining when emptying the bowels, and frequent constipation or diarrhea. While often highly uncomfortable, hemorrhoids typically do not cause serious complications and several treatment methods are available to address them.

Should you presently have hemorrhoids or experience symptoms of the condition, we urge you to seek professional hemorrhoid treatment. Our medical center features Tulsa, OK gastrointestinal specialists who have advanced expertise in hemorrhoids and other conditions that impact the digestive tract. Your local GI specialists at Adult Gastroenterology Associates can provide information on the variety of hemorrhoid services that may be recommended, including a procedure known as hemorrhoid banding.

How do hemorrhoids develop?

Who is a good candidate for hemorrhoid banding?

Additionally referred to as rubber band ligation for hemorrhoids, hemorrhoid banding is a nonsurgical process where a small elastic band is arranged around the hemorrhoid’s base. This band stops the hemorrhoid’s blood supply and over the course of a week, the hemorrhoid usually withers and detaches. Good candidates for this minimally invasive procedure have internal hemorrhoids that regularly bleed or result in pain and who have not been able to soothe their symptoms with other solutions, including over-the-counter medicaments or lifestyle changes. Hemorrhoid banding may not be advised for individuals having bleeding disorders, inflammatory bowel disease, rectal cancer, or a latex allergy.

What is the hemorrhoid ligation process?

The experienced doctors at Adult Gastroenterology Associates routinely provide hemorrhoid banding for patients in Tulsa. After inserting an anoscope into the anus, the GI specialist uses an instrument to grasp the hemorrhoid and place a small band around its base. This treatment is typically only performed for one hemorrhoid at a time unless general anesthesia is administered. Refined expertise allows this procedure to be fairly painless for the patient even without having numbing agents. However, many individuals will notice a sensation of fullness in the rectum for the first 24 hours after the procedure. When the hemorrhoid has been banded, it generally requires several days for it and the band to fall off, which often occurs during a normal visit to the restroom. In some instances, people are not even aware of when this happens.

How successful is hemorrhoid banding treatment?

Hemorrhoid banding is regarded to be much more successful than a number of other hemorrhoid treatment options. The non-surgical procedure is significantly less extensive compared to a surgical approach and only requires about ten minutes or so to perform at Adult Gastroenterology Associates. Nearly eight out of every ten people treated with hemorrhoid banding will not require additional care. Hemorrhoids addressed with rubber banding are significantly less likely to grow back.

Schedule a consultation for hemorrhoid banding

Many patients who have hemorrhoids feel uncomfortable seeking medical help. Hemorrhoid banding is a non-surgical and simple procedure that has provided improvements for many individuals. To meet with a skilled GI doctor and learn more about rubber band ligation or other options for alleviating hemorrhoids, contact Adult Gastroenterology Associates to schedule a visit.